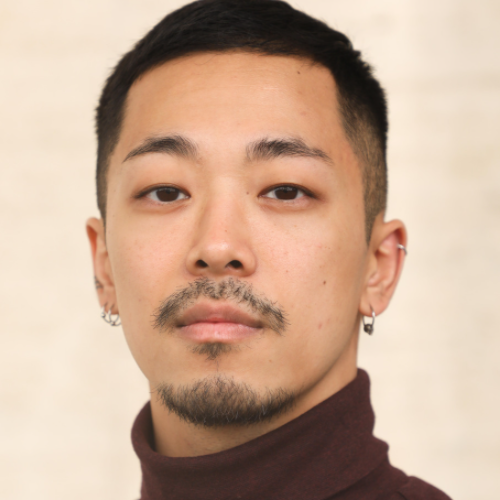 Bret Yamanaka (he/him) is a New York based performing artist and writer. He received his BFA in Dance from the University of California, Irvine in 2015, where he was mentored by Donald McKayle and Jodie Gates. In 2016 he joined UC Irvine’s faculty, first as a Guest Teaching Artist and then Lecturer, working under McKayle as his repetiteur and rehearsal director.

Since relocating to New York, Yamanaka has performed for Akram Khan and is a Teaching Fellow at The Juilliard School under the direction of Alicia Graf Mack. As a Guest Teaching Artist he has worked with The Ailey School, Ron K. Brown/Evidence Dance Company, and Paul Taylor American Modern Dance. His work as a mentor and educator is marked by a curious and collaborative spirit that fosters inclusive environments and constructive dialogue.

As a multi-disciplinary artist, Yamanaka incorporates his performance experience by exploring somatic practices on the page. He is interested in how linguistic elements can physically disrupt and invite sensations of meditation, grief, fear, and desire. He seeks to experiment with the slippages of language by pushing through/against translation, and to reconstitute folklore inside the physical body as a means of reclamation. He is a 2022 Margins Fellow with the Asian American Writers’ Workshop and his writing appears or is forthcoming in The Margins and The Southeast Review.