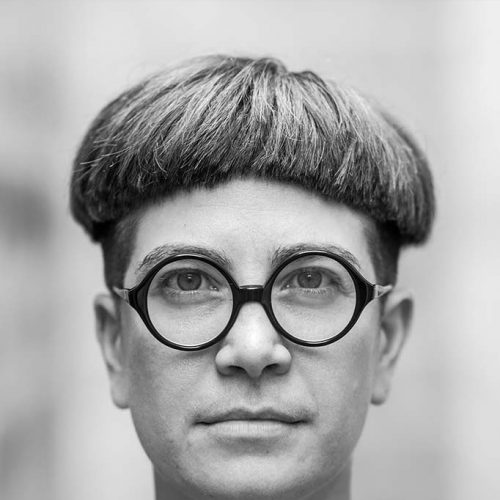 Catherine Galasso has been creating live performance at the intersection of dance, theater, and installation since 2006. Her collaboration with choreographer Andy de Groat (“GET DANCING”) was nominated for a 2016 ‘Bessie’ and her “Bring On The Lumiere” (Joyce SoHo and ODC Theater, San Francisco) was nominated for a 2011 “Izzy.” Galasso has been awarded residencies at The Watermill Center, Headlands Center for the Arts, Kaatsbaan, ODC, and ZonaD Studio (Bucharest), as well as commissions from Danspace Project, River To River, and Kohler Arts Center. She was a 2015-17 Extended Life Artist at LMCC, a 2016-18 BAX AIR.