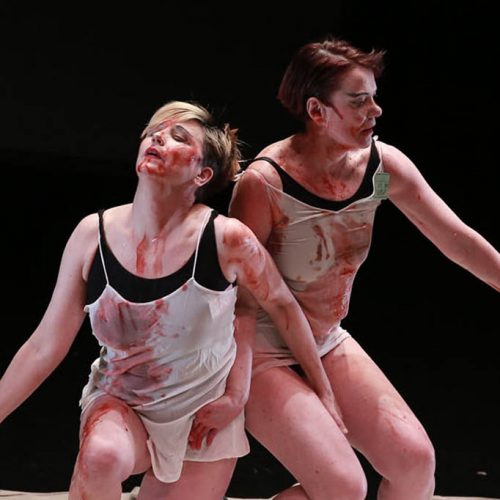 DANCENOISE, Anne Lobst and Lucy Sexton, began making dance-based performances in 1983.  They performed in nightclubs and small venues, including The Pyramid, 8BC, and King Tut’s Wah Wah Hut..They produced full length shows at Performance Space 122, Soho Rep, La MaMa, The Kitchen, Lincoln Center, and the Whitney Biennial.. They toured nationally and internationally and received NEA, NYSCA, NYFA grants as well as a NY Dance and Performance Award or Bessie.. After a period of sporadic performing, they did a full length show at the new Whitney Museum in 2015 and a NY Live Arts residency in 2016.