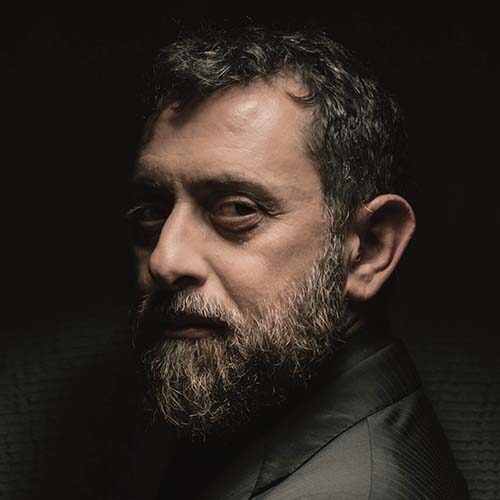 Enzo Celli, Founder and Artistic Director of VIVO Ballet, is an acclaimed dancer, educator, and choreographer. Born in Sora, Italy, Celli received formal training as a breakdancer at the age of 19, and continued his studies as a self-taught artist. Celli’s eagerness to learn later earned him a Bachelor’s Degree in Human Movement Sciences from the Faculty of Psychology eCampus of Novedrate in Milan, Italy. Celli’s artistic abilities and choreographic visions were supported and encouraged by renowned Italian arts critic, Vittoria Ottolenghi. Ottolenghi’s interest in Celli was justified in 1995 when Celli founded, Botega, a rome-based dance company. Establishing himself as a dance educator and choreographer at the age of 26, Celli became the youngest choreographer funded by the Italian Government. From 1996-2015, Celli and Botega toured internationally and performed works on theaters including: Alvin Ailey Citigroup Theatre in New York, La Cigale in Paris, Na Strastnom Theatre in Moscow, National Theatre of Belgrade in Serbia and Teatro Guaíra in Brazil. His studies and interests in contemporary dance intensified and kept bringing him back to New York City throughout the years. Teaching as a guest choreographer at places such as Sarah Lawrence College, Sam Houston State University, and Peridance Capezio Center. In 2013, Igal Perry commissioned Celli, Ohad Naharin, Dwight Rhoden and Sidra Bell to create a new work for Peridance Contemporary Dance Company. His international engagements include: Bashkortostan State Academy in Russia, Universidade Federal de Minas Gerais in Brazil, National Choreographic Centre of Montpellier in Les Orsoline, France, Erfurt Opera House in Germany, Centro ADAV in Ibiritè in Brazil, Espace Robert Hossein in Lourdes in France, La Versiliana Festival 2010 in Italy, and Expo 2012 in Yeosu, Korea. In 2015, Celli founded his New York based company VIVO Ballet, and helped launch the VIVO Ballet Professional Training Center along with Elisabetta Minutoli, Associated Artistic Director of VIVO Ballet and wife of Enzo Celli. The VIVO Ballet Professional Training Center became a place of growth for what was becoming the VIVO Ballet Company. In 2018, Enzo Celli officially moved to New York to become an established American choreographer with his wife, and company dancer, Elisabetta Minutoli, and their son Emanuele. In May 2018 he was invited to be part of the INSPIRE ITALY roundtable at LaMaMa Culture hub and to hold a masterclass at the American Academy of Dramatic Arts during the European Month of Culture series in NYC. Celli currently is on faculty teaching classes at Peridance Capezio Center, Steps on Broadway, Gibney Dance, and Broadway Dance Center. From 2019 Jodi Kaplan & Associates, one of the main dance agencies in New York City, represents the work on Enzo Celli. Below are some of the choreographer’s most important works and collaborations: June 2006 Celli was a collaborating choreographer for the event “L’amour et son amour, l’uomo che danza e la sua aspirazione” directed by Vittoria Ottolenghi and performed by the soloists Roberto Bolle, Vladimir Derevianko and Viviana Durante at Todi Festival. Also in June 2006, Botega Dance Company, together with Alvin Ailey Company, Bèjart Ballet, Bolshoi Ballet and Staatsballet München, joined the Dance Gala Amores as a guest company under the direction of Vittoria Ottolenghi. 2008 brought Celli to the Bashkir State Academy in the Republic of Bashkortostan (Ufa, Russia) to teach and collaborate with the Russian Drama Theatre. That was also the year that Botega performed Subway at La Cigale Theatre in Paris. In 2011, Botega Dance Company performed Fragile at the Russian Drama Theatre and at the Na Strastnom Theatre in Moscow. In September 2009, Enzo Celli debuted at Versiliana Festival in August 2010 with his remake of Giselle to great reviews and success. He was also a guest at the Erfurt Opera House (Germany) that same year. In 2012, his Company was a guest at Yesou (Korea) for Expo 2012.

Floorwork (The dance of the beast)

“The dance of the beast” is an innovative training for dancers that combines quadrupedal and ground-based movement with elements from contemporary dance to create a fun, challenging training emphasizing fluid movement. Starting from the study of animal’s movements, “The dance of the beast” leads the dancer to a thorough study on the center and its fundamental relationship with the movement, creating a dynamic characterization by strong physicality and the relationship with the floor. Enzo Celli explores the strong dynamics of working on the ground, investigating both the technical steps and fundamentals of European contemporary floorwork as assisted by and arising from personal development of the technique. The dance of the beast will improve not just your floorwork skills, but also your mobility, strength, endurance and power. The Class investigates the creative moment of the dancer. It will bring the dancer to express themselves, without changing the form to the movement, enriching the dance given by the choreographer with his own personality and emotions.