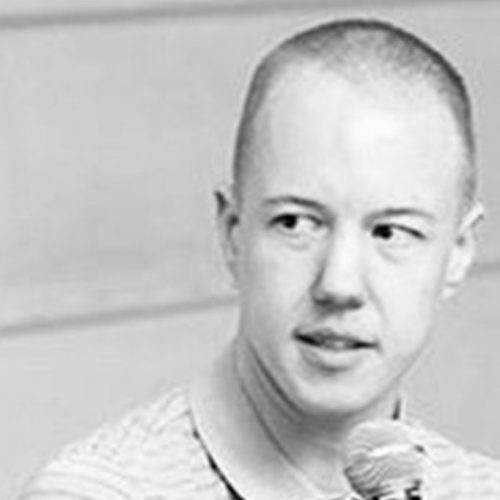 Jaime Shearn Coan is a writer and PhD Candidate in English at The Graduate Center, CUNY. He currently serves as a Mellon Digital Publics Fellow at The Center for the Humanities, and lectures in the Department of Drama, Theatre, and Dance at Queens College. His writing has appeared in publications including The Brooklyn Rail, Critical Correspondence, Drain Magazine, Jacket2, Movement Research Performance Journal, TDR: The Drama Review, Troubling the Line: Trans and Genderqueer Poetry and Poetics, Women & Performance, and Bodies of Evidence: Ethics, Aesthetics, and Politics of Movement. Jaime is co-editor of the 2016 Danspace Project catalogue Lost and Found: Dance, New York, HIV/AIDS, Then and Now, and the author of the poetry chapbook Turn it Over, published by Argos Books.