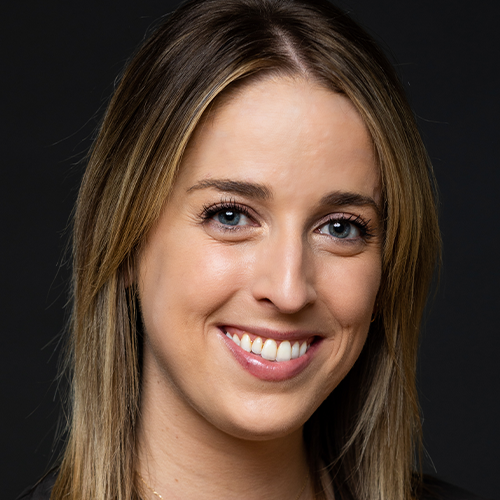 Jenny Thompson is a nonprofit professional and strategist with over a dozen years of diverse experience. She joined Gibney in 2018 and now partners with Founder, Artistic Director, & CEO Gina Gibney and members of Gibney’s Executive Leadership Team on the strategic growth and management of the organization. In addition to overseeing cross-functional initiatives, communications, and priorities, she directs Gibney’s HR & Culture function and the operations of its 55,000 square foot, two-location Center in Lower Manhattan. Previously, Jenny served as Gibney’s Senior Director of Development, Senior Director of Revenue Strategies, Managing Director of Advancement, and Managing Director of Strategy, in addition and simultaneous to a handful of other interim positions throughout various infrastructure shifts.

Since 2008, Jenny has contributed to multiple performance publications including The Dance Enthusiast, Eye on Dance and the Arts, Examiner.com, and Dance Spirit magazine, among others. In 2016 , she collaborated with a team of scholars in the field of arts entrepreneurship to develop a course/web-based resource launched by DePauw University’s 21st Century Musician Initiative. In 2022, she refreshed and extensively built out the digital toolkit at the invitation of Mark Rabideau, Associate Dean for Faculty and Student Affairs and author of “Creating the Revolutionary Artist: Entrepreneurship for the 21st-Century Musician.”

Additionally, Jenny was a longtime volunteer teacher and former Young Professionals Committee member at Groove With Me, a free dance center for girls in East Harlem. She joined its Board of Directors in November 2020 and currently Chairs its Board Development Committee.

Jenny earned her M.A. in Nonprofit Arts Administration through the University of Kentucky’s online graduate program while working full-time in the field. She also holds a B.A. in Writing & Performing Arts Studies from New York University’s Gallatin School of Individualized Study.