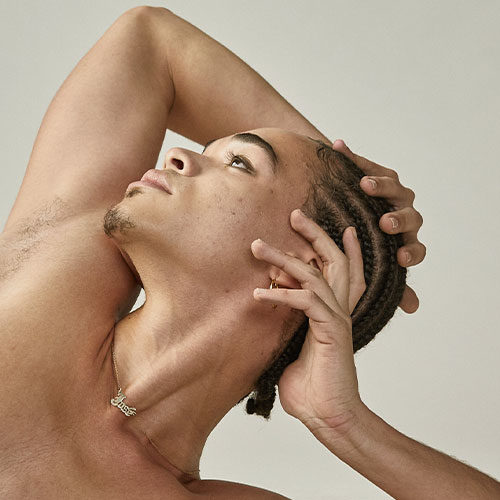 José Lapaz-Rodriguez (pronouns: He/Him) is a freelance dance artist and model from the Dominican Republic currently living in New Jersey. José is a Hanya Holm award recipient and he graduated from Mason Gross School of the Arts at Rutgers University with a BFA in Dance performance. José researches the interconnection of contemporary dance and voguing in concert dance in queer bodies as he is part of the ballroom scene as a 007. He has performed works by Matthew Rushing, Pam Tanowitz, Jordan Lloyd, Stefanie Batten-Bland, Roderick George, and Darrell Grand Moultrie. Aside from concert dance, he has performed as a cameo artist in the Off-Broadway ‘Hercules’ by Chase Brock, he collaborated with Mandy Moore for the Facebook Messenger commercial, Jermaine Browne for Rowan Papier’s Telfar “The Same Beat”, and danced in Chad Lawson’s ‘Prelude in D Major’ VEVO music video.