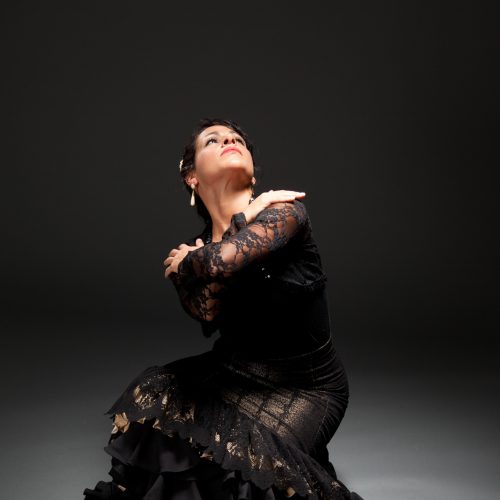 In partnership with BAAD!

Nélida Tirado, hailed as “magnificent and utterly compelling” (NY Times), began her formal training at Ballet Hispanico of New York at the age of six. Barely out of her teens, she was invited to tour the U.S. with Jose Molina Bailes Espanoles and work as a soloist in Carlota Santana’s Flamenco Vivo, soloist/ dance captain of Compania Maria Pages and Antonio El Pipa, performing at prestigious flamenco festivals/television in Europe and Japan. She has performed in “Carmen” with the MET, World Music Institute’s “Gypsy Caravan, “Noche Flamenca” and featured flamenco dancer in Riverdance on Broadway. Ms. Tirado was recipient of the 2007 and 2010 BRIO Award for Artistic Excellence, and opened Summer 2010 for Buena Vista Social Club featuring Omara Portoundo for the Celebrate Brooklyn! Festival. Some highlights include HarlemStage E-Moves, “Amores Quebrados” at the Repertorio Espanol, Valerie Gladstone’s “Dance Under the Influence” 2011 & 2012 in collaboration with the Flamenco Festival USA and collaboration with jazz great Wynton Marsalis at Harvard University, and the 2016 premiere of her solo show “Dime Quien Soy” in the Flamenco Festival NY. She was the recipient of the 2017 Rosario Dawson Muse Fellow through BAAD and featured in Dance Magazine’s “25 to Watch”.