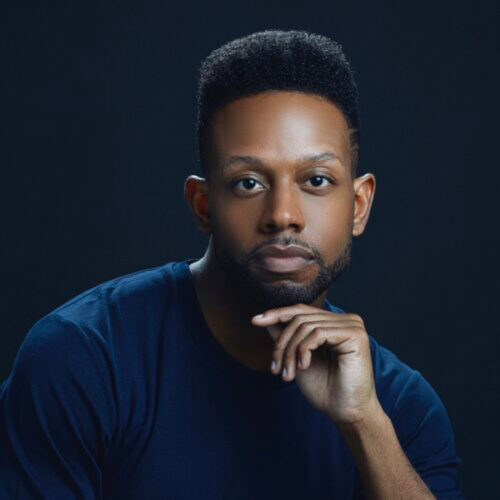 Princess Grace Award Winning Artist, Director, and Entrepreneur Nigel Campbell was born and raised in The Bronx, New York. He began his early training at Creative Outlet Dance Theater and received his B.F.A. from The Juilliard School. While a student at Juilliard, Campbell joined the Metropolitan Opera Ballet as a soloist. After graduating, he danced full-time for the Saarlandisches Staatstheater under the direction of Marguerite Donlon, Luna Negra Dance Theater under the direction of Gustavo Ramirez Sansano, the GöteborgsOperans Danskompani under the direction of Adolphe Binder and performed as a guest artist with Kyle Abraham’s A.I.M. Campbell joined Gibney in 2015 as an Artistic Associate performing with Gibney Company (then Gibney Dance Company). He became Co-Director of Gibney Company in 2017, working alongside Gina Gibney and Amy Miller during a period of significant growth and transformation.

In 2015, Campbell co-founded MOVE|NYC| with Chanel DaSilva, with the mission of cultivating greater diversity and equity in the dance field and beyond. He has also served on the faculty of The Juilliard School, teaching “Essentials of Entrepreneurship in the Arts,” and on faculty at SUNY Purchase Conservatory of Dance, teaching contemporary. A sought after master teacher, répétiteur, and lecturer, Campbell has set dances and given workshops throughout the United States and abroad at institutions such as The Juilliard School, USC Kaufman School of Dance, SUNY Purchase Conservatory of Dance, Princeton University, Yale University, NYU Tisch, Boston Conservatory, Marymount Manhattan College, Ballet Hispánico, The Ballet Akademien Göteborg, No)one. Art House, MUDA Africa, and Springboard Danse Montreal, among many others.

Campbell’s multi-faceted contributions to the field of dance have been recognized with numerous awards and honors including a 2019 Martha Hill Mid-Career Award, a 2011 Princess Grace Award, a YoungArts Level 1 Award, and a NAACP ACT-SO Gold Medal, and he was named a 2004 U.S. Presidential Scholar in the Arts. In 2020, Nigel joined the Board of Directors of Culture For One, a non-profit that transforms the lives of New York City children in foster care through the power of the arts.