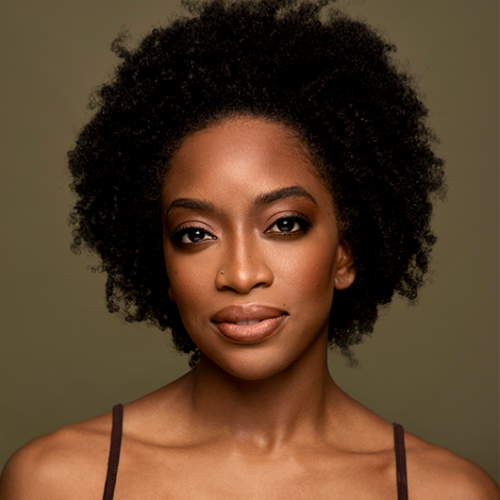 TAMISHA GUY, a native of Trinidad and Tobago, began her formal dance training at Ballet Tech, under the direction of Eliot Feld. Later she attended Fiorello H. LaGuardia High School, and SUNY Purchase College as a double major in dance and arts management. She has completed summer programs with Complexions Contemporary Ballet and Springboard Danse Montreal, and has performed works by William Forsythe, Pam Tanowitz, Bebe Miller, Doug Varone, and Mark Morris. In 2013 Guy graduated with honors from SUNY Purchase College and joined the Martha Graham Dance Company shortly after. In 2016 Guy was selected as one of Dance Magazine’ Top 25 to Watch and she also received the 2016 Princess Grace Award. She was featured in the segment “Spotlight on Success” in Dance Informa Magazine as well as the Caribbean Life newspaper, where she discussed her upbringing and the distinguished Princess Grace Award. In 2017, she was named one of the Best Dancer’s of the Year by Dance Europe. Tamisha currently dances with A.I.M, under Artistic Direction of Kyle Abraham, which she joined in 2014.

The emphasis of the class is to explore the fullness of movement in relation to quality, isolation and speed through the utilization of natural rhythm and momentum. The class blends classical modern techniques with contemporary aesthetics through guided improvisation, movement exploration and phrase work. Ultimately I invite the participants to make their own choices within the movement and to approach each step with clarity and confidence.