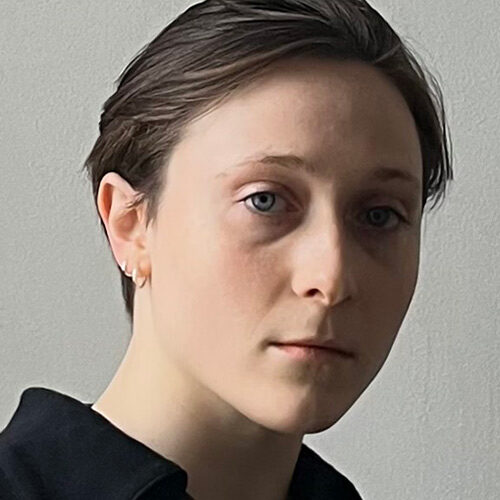 Uma Shannon (They/Them), artists and dancer, received their BA in Dance and Choreography from Bennington College, VT, where they studied under the direction of Dana Reitz, Elena Demyanenko, with the enrichment of guest teachers such as Eleanor Bauer, Miguel Gutierrez, Tere O’Connor, among many others.

While completing their BA at Bennington College they took a semester abroad to study at Den Danske Scenekunstskole, CPH, DK under the directorship of Rasmus Ölme, Tiziana Fracchiolla, Jennifer Lacey, Quim Bigas, and Malin Astner. They attended the LINES Ballet Training Program, SF 2015-2017 as a scholarship student where they worked with numerous artists in and around the Bay Area including but not exclusively Alonzo King, David Harvey, Sidra Bell, Shannon Gillen, and the late Kathleen Hermesdorf.

Uma has worked as a model and performing artist, appearing in multiple films and music videos over the last 6 years. They most recently shot their first leading role in a short independent film by Director Laura Nasmyth and Choreographer Elio Gervasi in March, 2021, Tenerife, Spain.

Uma joined SBDNY in March, 2020 and is excited to continue working with Sidra Bell Dance New York, and continuing to evolve as an artist under contemporary conditions.