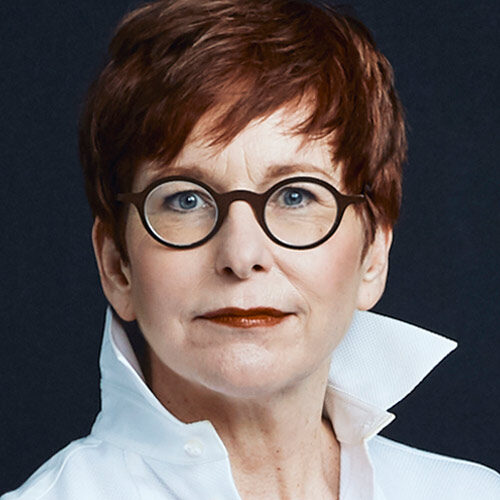 Gina Gibney is a choreographer, director, entrepreneur, and the Founder, Artistic Director and CEO of Gibney. She founded Gibney in 1991 as an arts organization dedicated to social action, and today the organization has rapidly emerged as a cultural leader operating 23 studios across two Lower Manhattan facilities. With the mission of tapping into the vast potential of movement, creativity, and performance to effect social change and personal transformation, Gibney works through three interrelated fields of activity—Company, the acclaimed resident dance ensemble; Community, a highly respected and impactful social action programs, and Center, two beautiful spaces at 890 and 280 Broadway.

Gina Gibney’s repertory of works and community outreach programs have received wide acclaim and support. Beyond the stage, Gibney is dedicated to using the transformative power of dance to give a voice to individuals in need. Considered a pioneer in connecting the arts with the broader community, her organization’s work has impacted the lives of thousands of domestic violence survivors. In 2008 she was inducted into the Vanity Fair Hall of Fame for “making art and taking action.”

Gibney is serving her second term as a Trustee of Dance/USA and has received the organization’s Ernie Award, given annually to a changemaker in the field. She is a Founding Member of the Board of Directors of Dance/NYC, serving the organization since 2012. She is a member of The Women’s Forum of New York is an invitation-only organization of more than 500 women representing all professional sectors and spheres of influence in our city.

Gibney was included in Dance Magazine’s 2017 list of The Most Influential People in Dance Today and was named to the Out100 2016 list of influential members of the LGBT community. In 2018, she received the Distinguished Alumni Award from her alma mater Case Western Reserve University. In 2019 she received the Floria Lasky Award from the Jerome Robbins Foundation and the Plus Factor Award from the string quartet ETHEL.