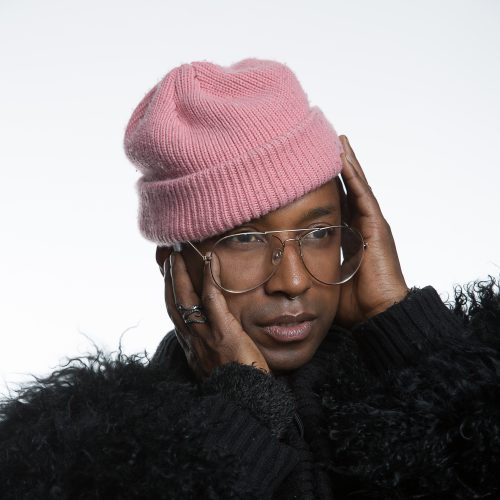 In Association with JACK

Virginia native Reginald Ellis Crump, aka Monstah Black, has been creating and presenting work in New York from since 1999 as a performance artist, dancer, choreographer, musician and composer. Known for his cultural grab-bag approach, he enjoys mixing influences and allusions from many sources and traditions. In choreography, he infuses modern dance with shades of disco and funk and the comic, hyper-performative and sometimes confrontational style of address of burlesque, adding a dash of various martial arts and the expressive slow- motion acrobatics of Japanese Butoh. He has choreographed for nightclubs, art galleries, black box theaters, and warehouses throughout Washington D.C., New York City, and Europe. His work has been seen and heard at The National Theater, New York Live Arts, Dance New Amsterdam, Dixon Place, Movement Research, and many other venues. Monstah is also the front man for his band The Sonic Leroy as well as vocalist for the electro pop duo The Blakz. He performs frequently as a guest vocalist for the electro dance band Girls Like Bass.