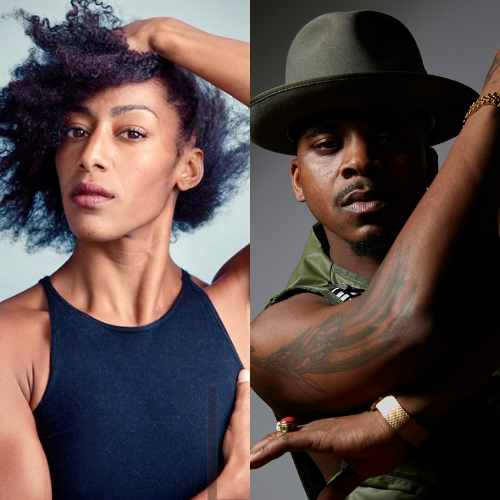 Rena Butler hails from Chicago, IL, and has danced for companies like Hubbard Street Dance Chicago, Kyle Abraham/Abraham.In.Motion, Bill T. Jones/Arnie Zane Company, Manuel Vignoulle/M-Motions, and David Dorfman Dance. Her choreographic commissions include BalletX, Hubbard Street Dance Chicago, Charlotte Ballet, Boston Dance Theater, CHTV Stories in Switzerland, Public Records TV in New York, and more. She trained at The Chicago Academy for the Arts, studied overseas at Taipei National University of the Arts in Taiwan, and received her BFA from SUNY Purchase Conservatory of Dance. Butler serves on the consortium for Chicago Dancemakers Forum, and in 2019, received the prestigious Princess Grace Award for her choreography.

A native New Yorker from the Bronx, Maleek Washington is a performer, choreographer, and teaching artist.

He began his dance training at Harlem School of the Arts, Broadway Dance Cqqqenter, and LaGuardia High School for the Performing Arts, and attended The Boston Conservatory on a full scholarship before beginning his professional career with CityDance Ensemble (Washington DC). While there he worked with Paul Taylor, Kate Weare, and Alex Noeral, and as a SpringBoard Danse (Montreal) participant, Washington also worked with Jose Navas & Rubberband. Upon his return to New York City, Washington collaborated with McArthur Genius awardee, Kyle Abraham, and his company Abraham.In.Motion for four seasons before becoming the first African-American male to perform in the critically acclaimed immersive show Punch Drunk’s Sleep No More. He has also performed for musical sensations, such as Sia, Phish & Rhianna for her immersive AntiDiary Campaign.

Washington’s performance and commercial choreographic talent has been recognized nationally at prestigious venues such as The White House, The John F. Kennedy Center for the Performing Arts and Jacob’s Pillow, and internationally in Australia, Jordan, Mexico, and Sweden. In addition to his performance career, Washington is a sought after national and international teaching artist at the Joffrey Ballet School, LaGuardia High School for the Performing Arts, Broadway Dance Center, and Brent Street in Australia.

With multidisciplinary, experiential performance works that investigate the people, practices, and spaces shaping Washington’s black identity, he is proud to present his art in 2017 at the Boston Dance Festival, Pepatian and BAAD!, Periapsis Dance and Music Noesis, and at the legendary Movement Research at Judson Church in Spring 2018. Washington is also a 2017-18 Dancing While Black top 10 choreographic finalists. Alongside his creative work, Washington has entered his second season with Camille A. Brown & Dancers in collaboration for her work “Ink” that premiered at the Kennedy Center in December 2017.