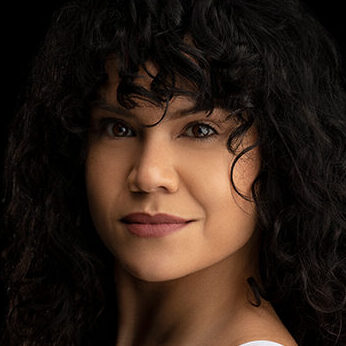 Zui Gomez was born in the Dominican Republic and raised in Miami. She received her BFA in Dance from the Boston Conservatory where she performed many classics. Gomez has danced with Ballet Hispanico, Ballet Hispanico Dos, Collage Dance Collective, DanceNOW! Ensemble, ArmitageGone! Dance, RuddUR Dance Company, as well as Rosie Herrera Dance Theatre & Zest Collective. She has also worked alongside Jamar Roberts in his premiere ‘Veil’ in Miami. Has appeared on GlamourSpain magazine, DanceSpirit Magazine, modeled for Good HyouMan, and enthusiastically participated in fashion week in the past. Gomez recently appeared in Times Square for a campaign with Volunteers of America (#TheWarInside) where photos were taken by Nir Arieli and movement direction led by Omri Drumlevich. Go check out her fellowship program, CONFIDANZ (@confidanz), and ask her all about it. She’s an aspiring photographer, inspired videographer, believer of kindness, and advocates for eco-friendly everything. Rolling into her third year with Gibney Company and is thrilled to be performing on the stage once again with some new friends.